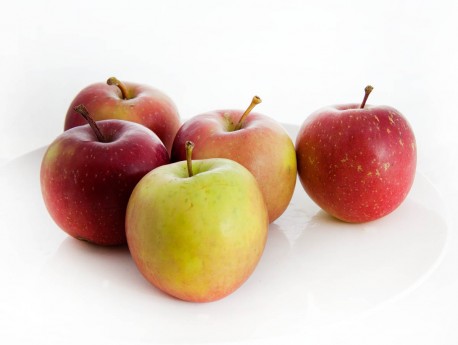 The average conventionally grown apple has more pesticide residue on it than any other fruit or vegetable.

According to the Environmental Working Group‘s analysis of USDA data, pesticides showed up on 98 percent of the more than 700 apple samples tested (yes, they were washed).  And it wasn’t just one pesticide either – apples from around the country, domestically grown and imported, were found to have up to 48 different kinds of pesticides on them.  While less than the 69 types used on cucumbers, that’s still far more than the single pesticide found in sweet corn (shucked) or the 15 on oranges (peeled).