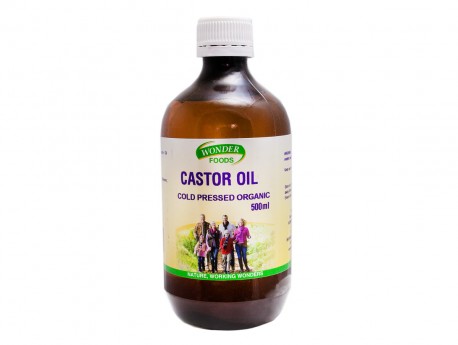 Castor oil is a vegetable oil obtained from the castor bean, Ricinus communis (Euphorbiaceae) but it is not a member of the bean family. Its name probably originates from the word castoreum, a perfume base made from the dried pineal gland of beavers.

Castor oil is a colorless to very pale yellow liquid with mild or no odor. It has been used for centuries both internally and externally for its anti-inflammatory and anti-oxidant qualities.

It is believed that most of castor oil's benefits are derived from its high concentration of unsaturated fatty acids.

Castor Oil has many medicinal and curative uses and the same properties that benefit the body also make it an excellent choice for maintaining beautiful and healthy skin and hair.

Castor oil is truly a valuable, organic remedy that can help improve your body’s physical fitness, vigour and overall wellness.