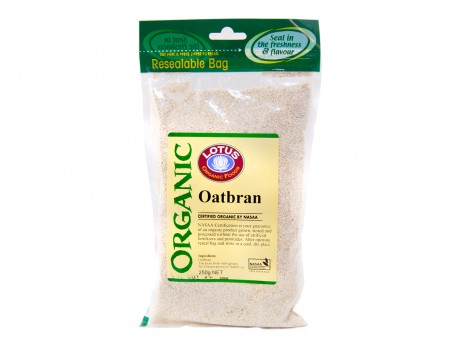 A bowl of hot oatmeal on a chilly morning has been a comfort staple breakfast for generations, and most people know that oats are a “heart healthy” cholesterol-lowering food. However, the most virtuous and versatile component of the oat resides in its outer layer—the bran. The bran contains a high content of a unique type of soluble fiber called beta-glucan, which bestows some remarkable health properties, and is incredibly beneficial for weight loss.

Technically, oat bran is not a whole grain (since it's actually only one part of the oat grain). But because of its exceptionally high fiber content, it can be considered a whole grain. A bowl of oat bran contains about 50% more fiber than the same size bowl of oatmeal, making it more effective at lowering cholesterol and in its weight loss properties. And because it is mostly fiber, oat bran has less calories than the same amount of oatmeal. A three-quarter-cup serving of cooked oat bran contains only 66 calories, compared to 124 calories in the same amount of cooked oatmeal. Oat bran also has more antioxidants, protein, calcium, iron, thiamin, phosphorus, riboflavin, magnesium, and zinc than oatmeal.

Aside from fewer calories, there are two other combined properties that make oat bran a powerfully slimming food. First, because of it high fiber content, oat bran satiates you. As soon as you ingest it, the fiber in oat bran soaks up saliva and then expands in the stomach absorbing up to 25 times its volume in liquid, making you feel quite full, quite fast. It provides a prolonged feeling of fullness, so you eat less in between meals.

The second way that oat bran helps with weight loss is more biologically unique. It’s called intestinal caloric loss. In other words, oat bran blocks the absorption of calories from the intestine. Here’s how it works: when you eat food, it is broken down into it’s individual components of fatty acids, carbohydrate (glucose) and amino acids (the building blocks of proteins). The calories from these components are then absorbed into the body. But when you eat oat bran, it mixes with water in your intestine to produce a gel-like substance called bolus. The bolus absorbs some of the breakdown products, and then it is attacked by gastric juices and stomach acids that turn it into a pulp. This pulp becomes part of the stool, and thereby carries the calorie-dense components of fats, glucose, and amino acids out of the body through the stool. This process both slows down the assimilation of sugar (glucose) and removes calories from the body while keeping your blood sugar levels low and stable.