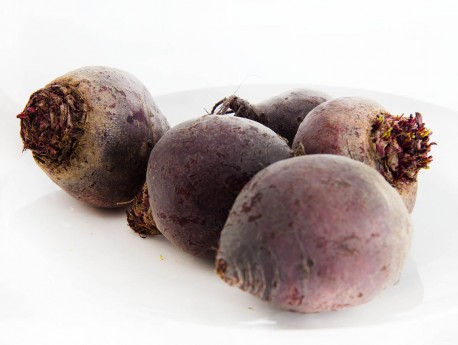 Beetroot has been shown to lower blood pressure and thus help prevent cardiovascular problems and is a good source of antioxidants. Research published in the American Heart Association journal Hypertension showed drinking 500 ml of beetroot juice led to a reduction in blood pressure within one hour. The reduction was more pronounced after three to four hours, and was measurable up to 24 hours after drinking the juice. The effect is attributed to the high nitrate content of the beetroot. The study correlated high nitrate concentrations in the blood following ingestion of the beetroot juice and the drop in blood pressure. Dietary nitrate, such as that found in the beetroot, is thought to be a source for the biological messenger nitric oxide, which is used by the endothelium to signal smooth muscle, triggering it to relax. This induces vasodilation and increased blood flow.

Other studies have found the positive effects beetroot juice can have on human exercise and performances. In studies conducted by Exeter University, scientists found cyclists who drank a half-litre of beetroot juice several hours before setting off were able to ride up to 20% longer than those who drank a placebo blackcurrant juice.