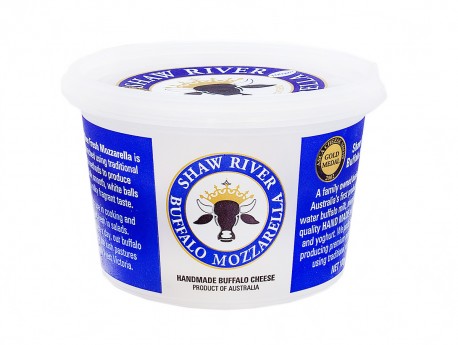 In 1995, Italian Riverine Buffalo's were introduced to Australia at Purrumbete, in the Western Districts of Victoria, to provide milk in commercial quantities for cheese production. From this initial herd, the milk was transported to the Mount Emu Creek Dairies at Camperdown, Victoria where cheesemaker John Stark began the process of producing an Australian version of the prized Mozzarella di Bufala, for centuries a favoured cheese in the south-western Italian region of Campania. The resulting “Water Buffalo” mozzarella is a fragrant cheese of porcelain appearance and delicate texture, which has rapidly gained favour among discerning cheese lovers.

The presence of Buffalo in Australia completed the milk source picture for local cheesemakers already working with milk from cows, ewes and goats. Buffalo have long played an important role in dairying in Asia and Europe, representing about 40% of all animals milked in the world. This short tradition of working with buffalo milk in Australia has passed to Thea Haldane – daughter of Purrumbete milk producer Roger Haldane – and Andrew Royal, who then started producing a wider range of products at Mt Emu Creek. Due to further expansion, the Buffalo have been relocated to the lush, green pastures alongside the SHAW RIVER near the small coastal town of YAMBUK, in Victoria’s Southwest.