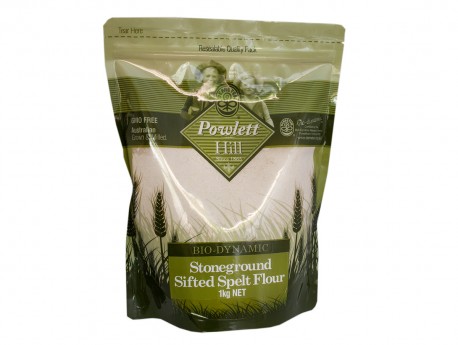 Spelt is an ancient grain that has become well recognised for it's health benefits. Distantly related to wheat, Spelt is recognised as one of the earliest cereal grains cultivated by man. It is a highly nutritious grain with a distinctive nutty flavour. Requiring de-hulling to remove a hard outer shell the grain is then ready to be milled in the same manner as Wheat and Rye.

The property has been farmed by the Fawcett family since 1865. Andrew 4th and Ben 5th generation along with their family's all contribute to a busy and productive farm.

Powlett Hill is situated at Campbelltown Victoria. The area is a rich volcanic region with a long farming history. Farming here has been based around wool production with increasing cereal cropping and prime lamb production in recent times.